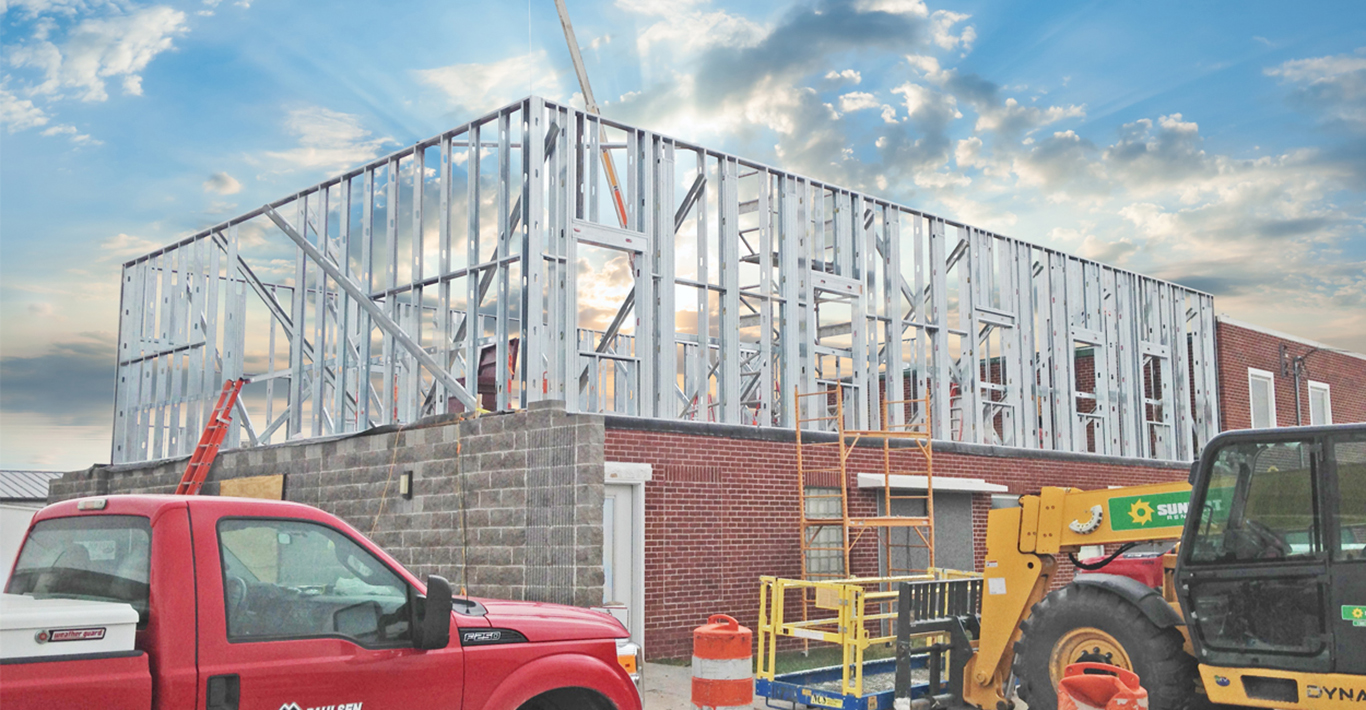 VVS is expanding our Corporate Offices in Cozad, Nebraska. Shelley Arndt, VP of Admin Services, explained how the expansion would allow VVS to better serve our clients: “The new office area will be cubicles that support up to 16 employees and allow for easier networking on projects. This will help us to respond faster and be more proactive on projects.” Growth is good! 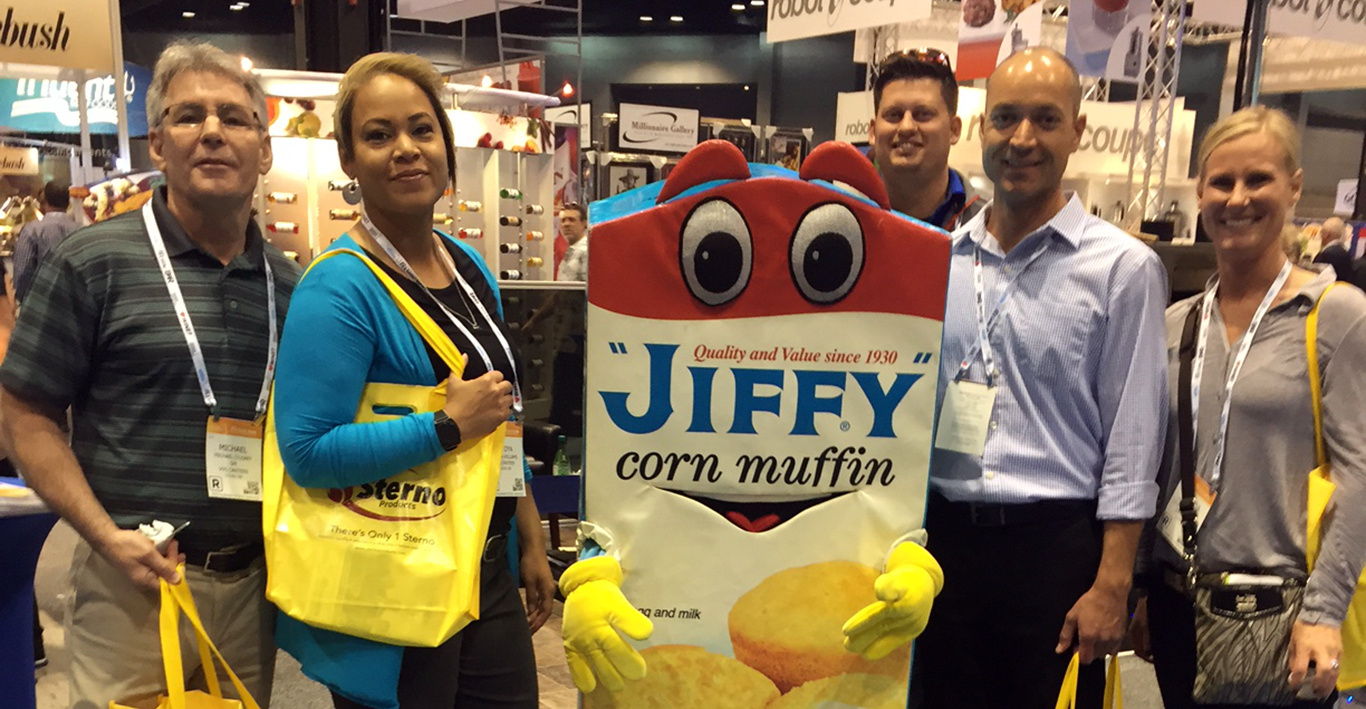 VVS’ District Managers and the Procurement Team took a trip to the Windy City in May to attend the National Restaurant Association Show. The largest conference of its kind, the NRA Show features food products, kitchen equipment, new food concepts and the latest in foodservice technologies.  “It is important to stay on the cutting edge of all aspects of our business,” said John Keifer, COO of VVS Canteen.  “Staying ahead of our competition and taking care of our customers is what got us where we are today. This show helps us do both by helping us understand what is new from our suppliers that will help us continue to reach our goals.” 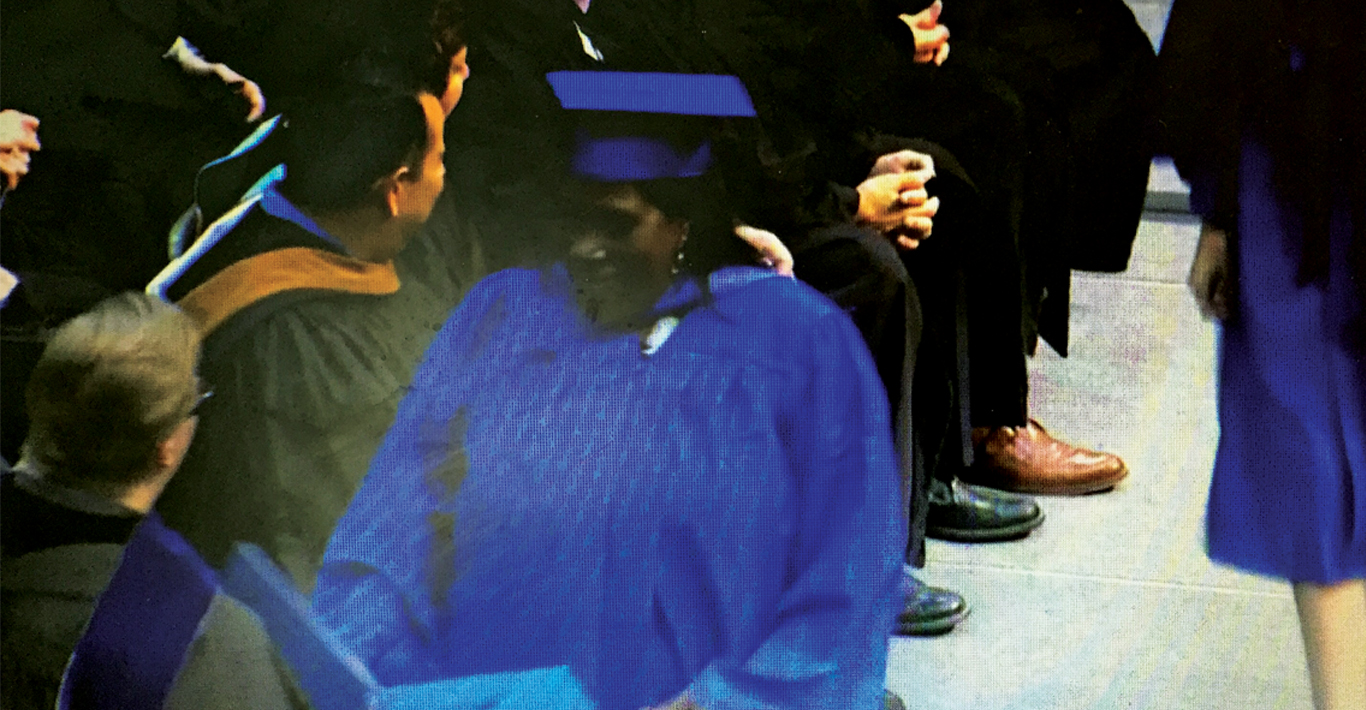 Tammy Benton, Site Manager at VVS’ Tyson Amarillo cafeteria, recently received her AAS in Food Service Management. Ms. Benton has always wanted a college education.  She attained her goal while working full time and caring for her family – “setting a good example” – in the process.  Ms. Benton attended classes online, at night, on weekends, and, as she puts it, “did whatever was necessary to attend the class that I needed to take.”  When asked about any memorable moments, Ms. Benton said, “Walking down the aisle!” 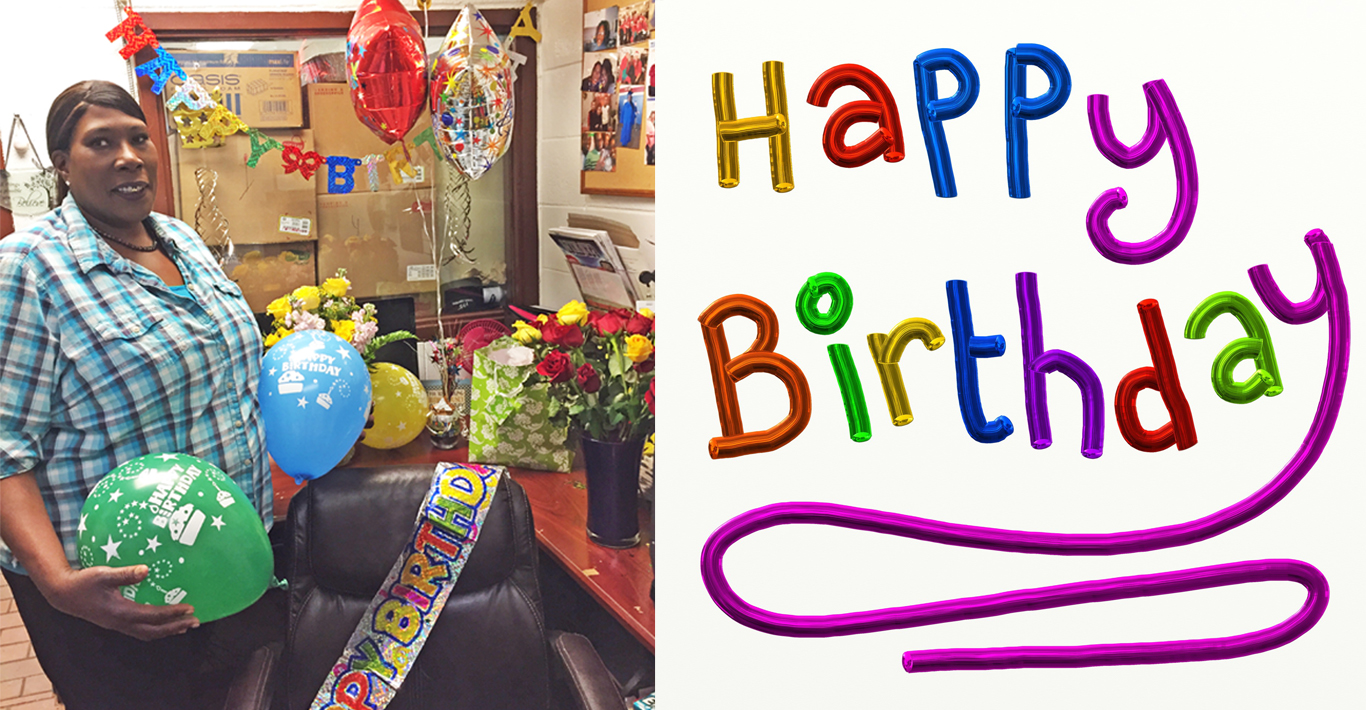 Tammy Benton was surprised with balloons and flowers this morning in celebration of her birthday. Staff had the gifts waiting in her office when she arrived. Happy Birthday, Tammy, from everybody at VVS! 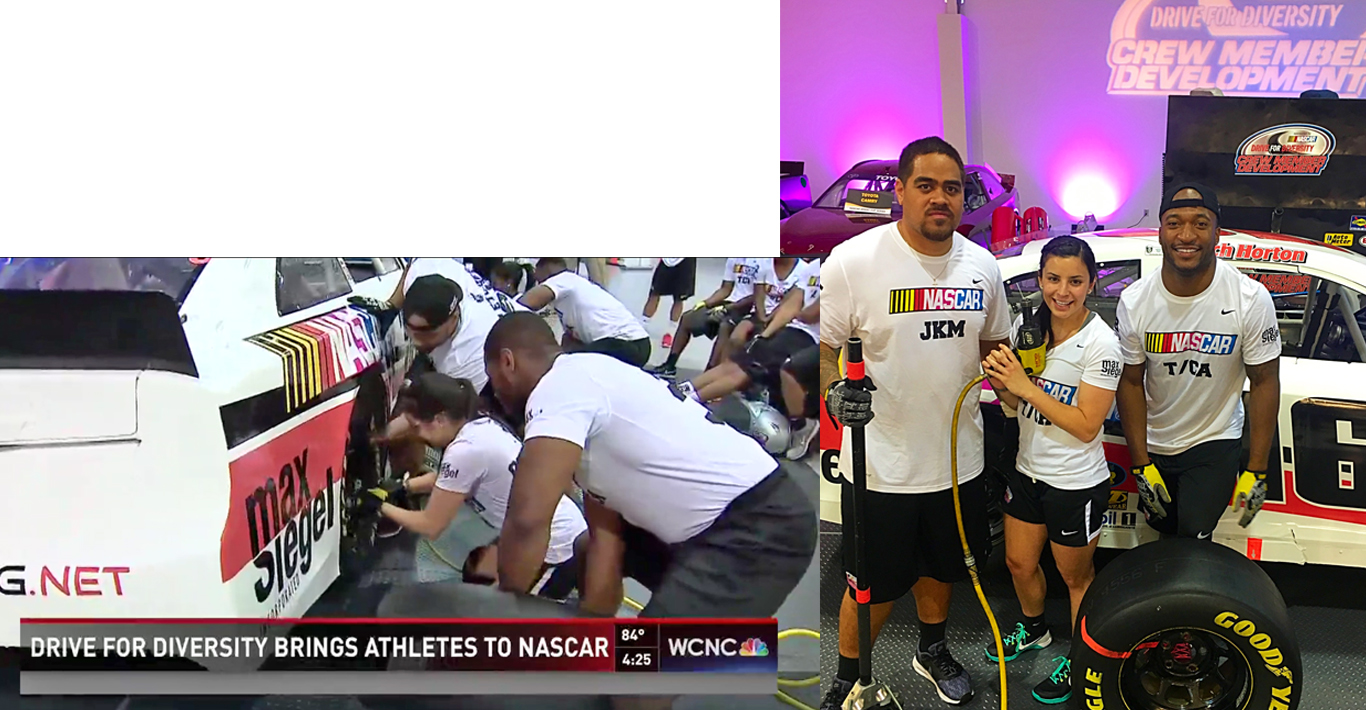 The following article is provided by NASCAR (http://www.nascar.com/en_us/news-media/articles/2016/8/17/nascar-drive-for-diversity-pit-crew-program-college-athletes.html).

Multicultural athletes starring in football, basketball and softball at the college level will receive expert training as tire changers, carriers and jackmen, with the goal of gaining fulltime employment with NASCAR national series race teams.

“We’ve assembled a very talented group of athletes who we believe has what it takes to excel on pit road in NASCAR,” said Jim Cassidy, senior vice president of racing operations. “Each D4D participant will benefit from Rev Racing’s best-in-class training program, and we look forward to watching them grow and develop over the next 12 months.”

This year NASCAR and Rev Racing revamped the crew member scouting process, hosting tryouts at six universities across the country. Eighteen men and women from 12 states and one U.S. territory were selected to compete in the national combine in Concord, N.C. Half earned invitations to join the D4D pit crew program.

“We are very excited for the arrival of the new 2016 Drive for Diversity pit crew recruits,” said Max Siegel, owner and CEO of Rev Racing. “With the national combine and recruitment effort this past year, we were able to select the top level of athletic talent. We look forward to training these individuals and placing them along pit road in the national series. Our academy-style approach to training continues to show success year after year; this class will not fall short.”

Among the new D4D participants are three former football players from the University of Kansas, one of the schools to host tryouts. Appalachian State’s Jeremy Kimbrough, who spent time with the Washington Redskins, and Joshua Tate, an All-American at Clark Atlanta University, are also looking to transition from the gridiron to NASCAR.

The new members of the D4D Crew Member Development Program include:

For more information on NASCAR Drive for Diversity, visit www.NASCARDiversity.com. 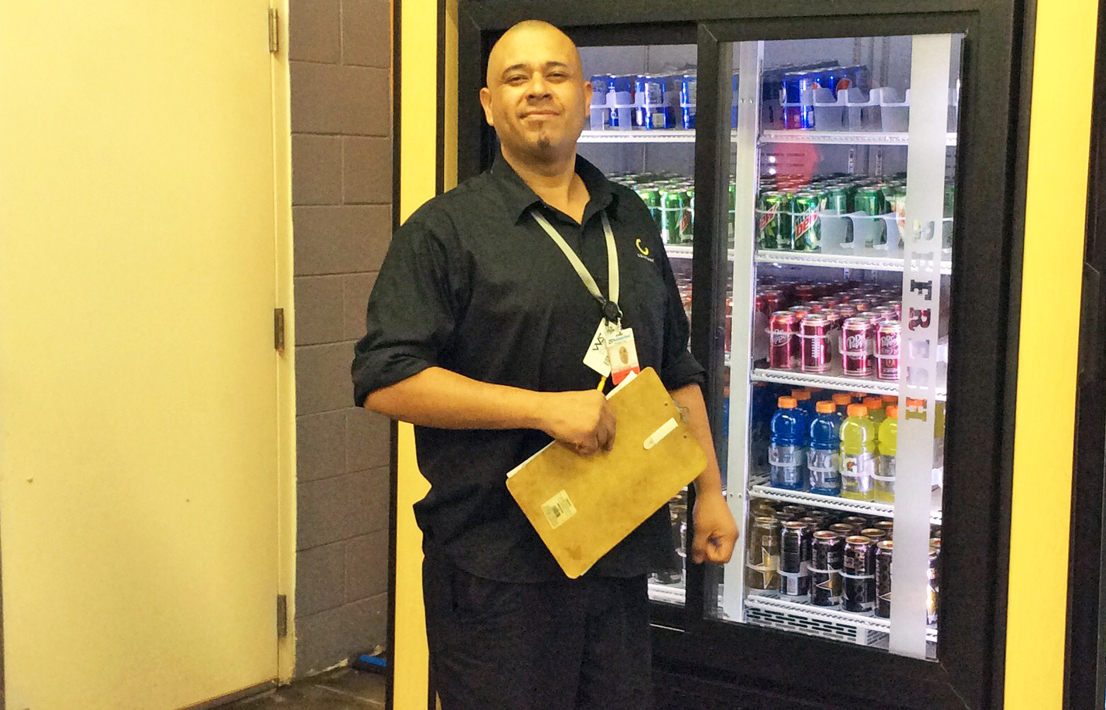 David Castillo has joined VVS Canteen as the new site manager over their National Beef, Dodge City account. David has an extensive background in the foodservice industry, spending the last 8 years as a Sous Chef before joining VVS. He enjoys outdoor cooking and is always trying new recipes. One of David’s homemade seafood recipes was featured in “Only in Your State” magazine in 2015! When not working, he enjoys spending time with his wife, Ashley and his three children Angel, Dyani and Dimitri. Welcome to the team, David! 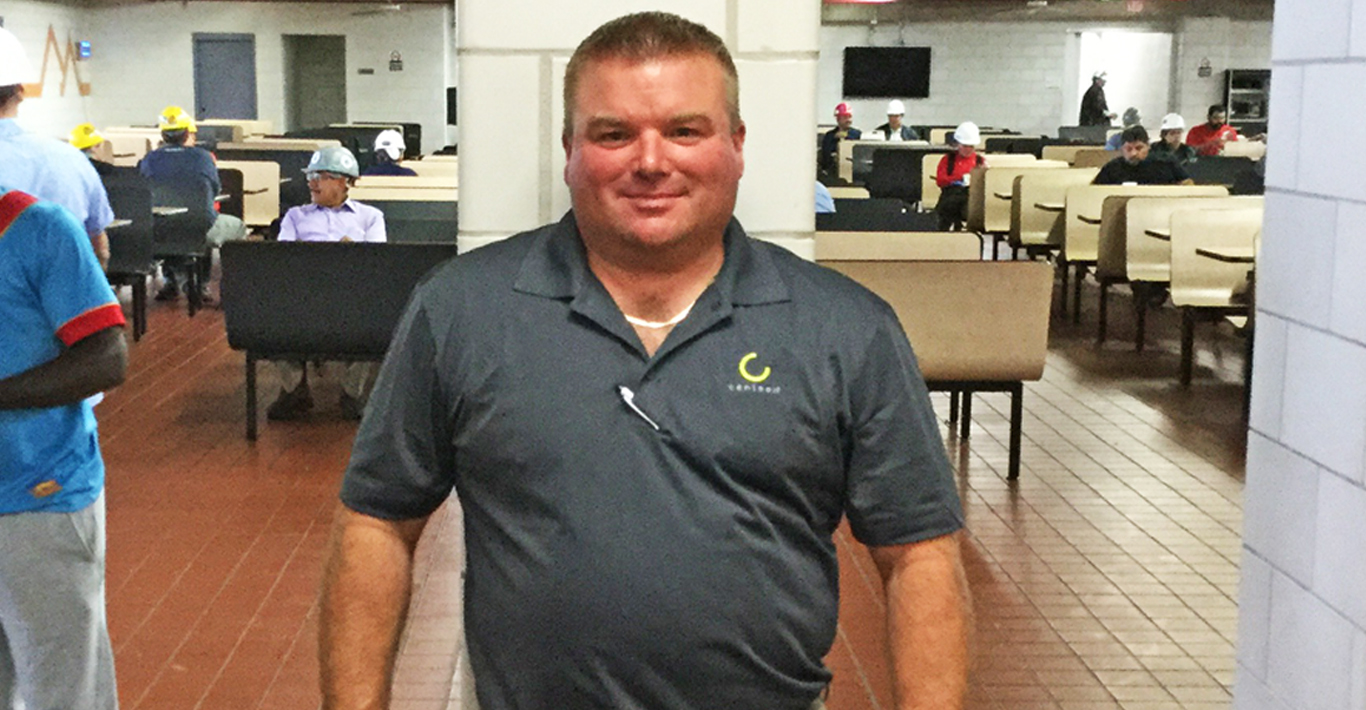 Stephen Smith joins VVS as the site manager at Cargill in Fort Morgan, Colorado. Stephen has worked in foodservice his entire life, including previous experience with a major restaurant chain and grocery chain. “I am an avid golfer and I love to do anything outdoors including fishing, hunting, camping and hiking,” said Stephen, commenting on his passions outside work. “I am also a diehard Denver Broncos fan and a season ticket holder for the Colorado Mammoth indoor professional lacrosse team!” Outside of work, Stephen enjoys spending time with his two children and two grandchildren. Welcome to the team, Stephen! 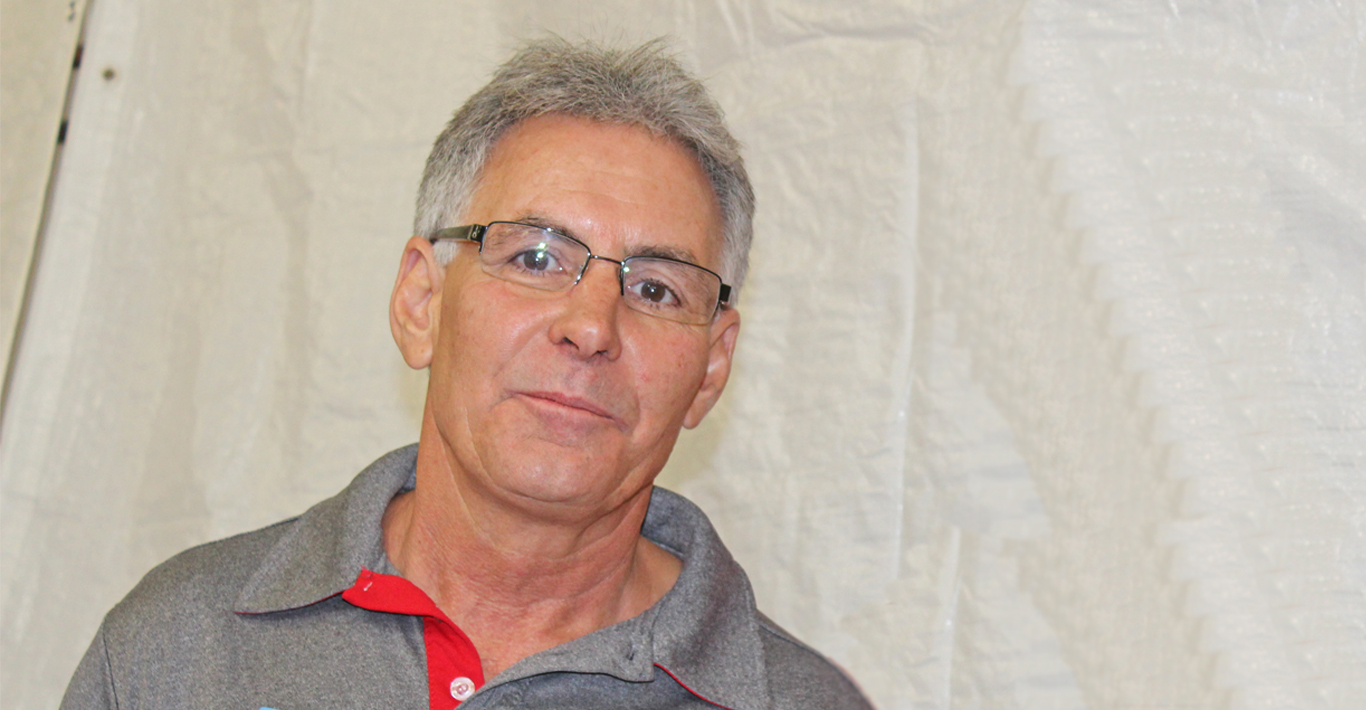 District Manager Michael O’Leary is celebrating 10 years with VVS! Overseeing all territories in Iowa and Indiana, Michael began his career with VVS as a Site Manager at Tyson Foods in Amarillo, Texas. After working at Tyson in Amarillo, Michael was promoted to District Manager over all Texas accounts. When VVS expanded into markets in Iowa and Indiana, Michael led the transition and setup of these accounts and began overseeing all operations in those states. When not at work Michael enjoys reading, playing softball, watching sports and spending time with his wife Teresa and 3 children. Thanks for your service, Michael! 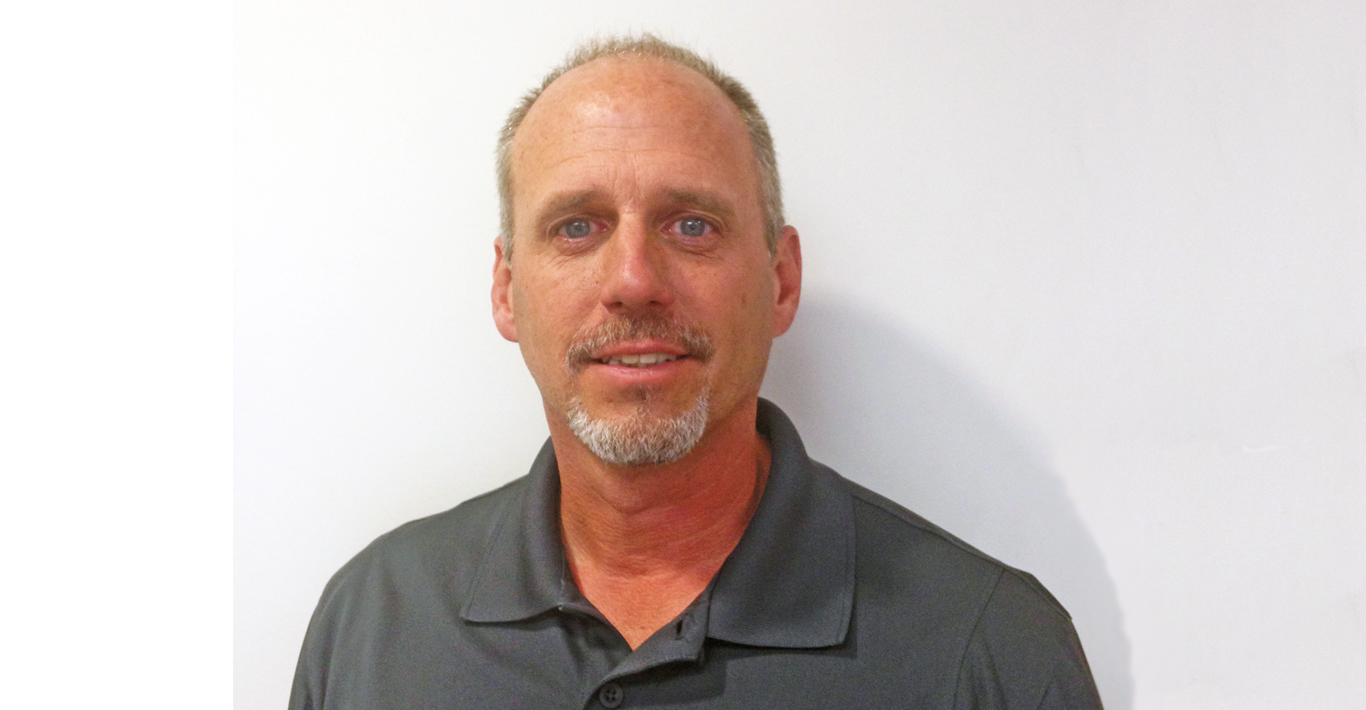 Scott Trumbley was recently promoted to District Manager, covering the Eastern Region of Nebraska and overseeing all Micro Markets, Vending and Coffee Service in those areas. Scott has worked for VVS since 2004, working as a Route Salesman, a Customer Service Representative, and most recently as the Assistant District Manager. Scott brings many attributes to his new role including leadership, industry knowledge, and great customer service experience. Congratulations on your promotion, Scott! 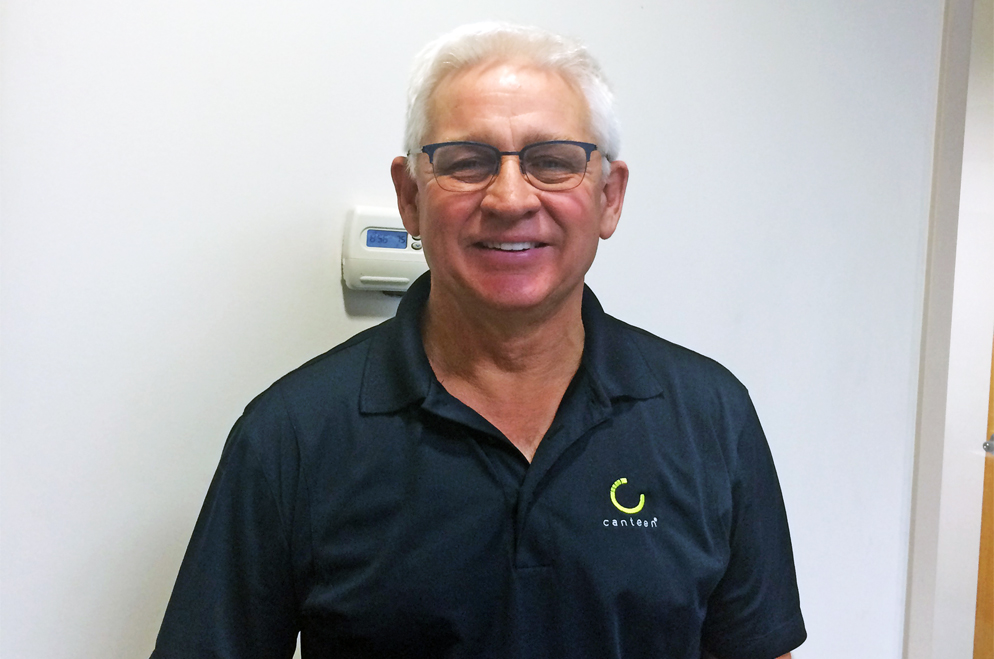 Jim Lakey recently reached a career milestone with VVS Canteen – 40 years of service! Jim is currently the Vice President of VVS’ Music and Games Division in Lincoln, Nebraska. With previous experience in vending and foodservice, Jim has an extensive background in all aspects of operations. Jim enjoys watching sports of all kinds and spending time with his wife Rhonda, his two children, Nathan and Ali, and two grandchildren Adyson and Bria. Thank you for your time with VVS, Jim!